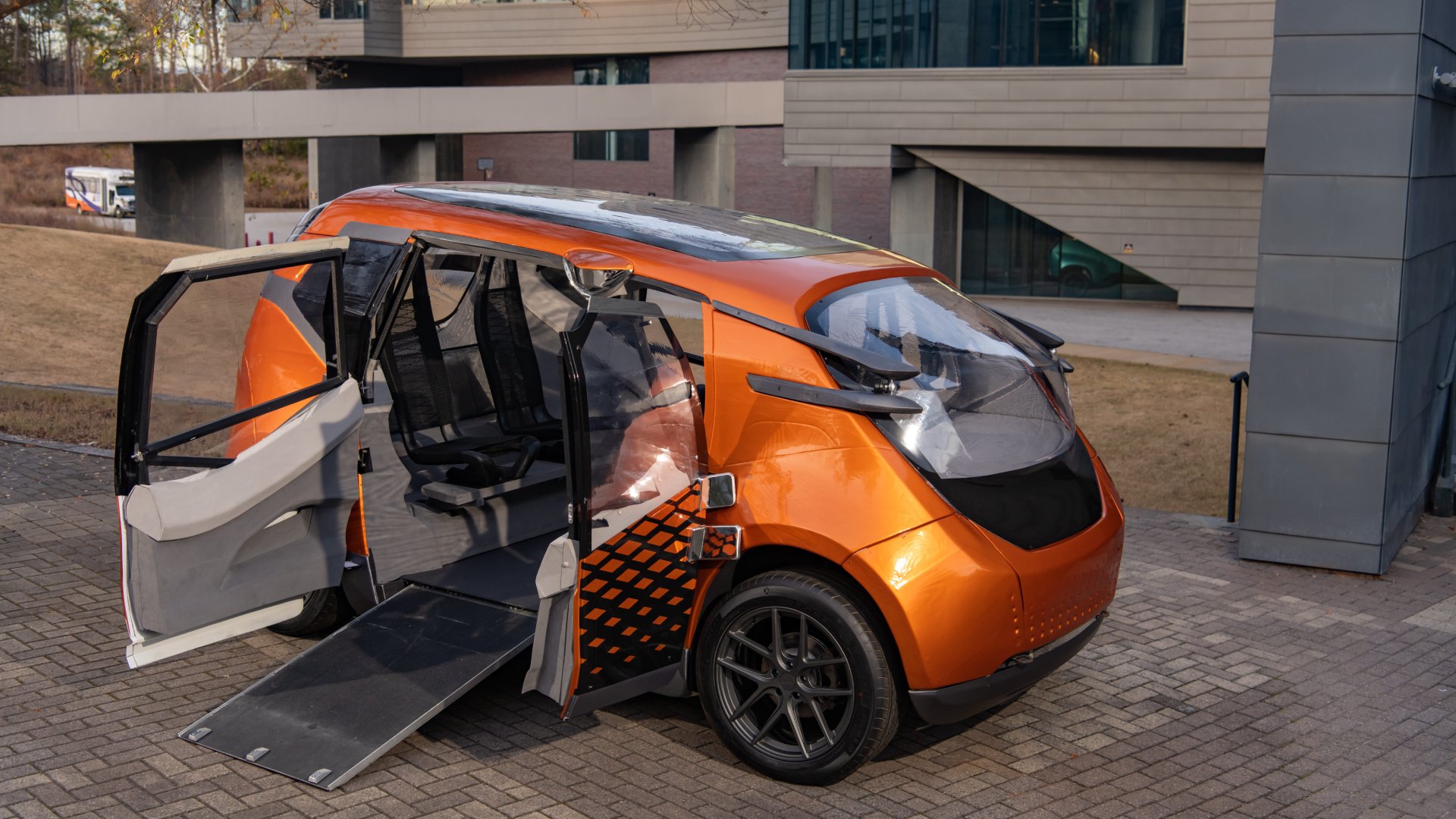 It doesn’t have the flash of a sports car or the bravado of a pickup truck, but Clemson’s Deep Orange 11 concept vehicle might be the hottest thing coming out of the university so far this year.

The vehicle, which looks like a modern interpretation of a Volkswagen Bus, focuses on sustainability and trends that will mark the automotive industry in the years to come. It made an appearance at the 2023 Consumer Electronics Show Jan. 5-8 in Las Vegas, an event billed as “the most influential tech event in the world.”

The Deep Orange program is part of the master’s program in automotive engineering. According to Clemson, Deep Orange gives students the experience of working at an original-equipment manufacturer or supplier. The program has produced everything from normal passenger vehicles to autonomous race cars.

The Deep Orange 11 vehicle is entirely autonomous and is powered by electricity and a low-emissions internal combustion engine to extend its range. The vehicle was constructed with the understanding that many cities will have smart technology that allows the infrastructure to communicate with autonomous vehicles that will lessen the need for GPS technology.

Students envisioned the car to be on the road by 2035 and designed it with advanced, light-weight materials like carbon fiber and interlocking tubes made from 3D-printed steel nodes. The vehicle has the ability to operate more than 600,000 miles, according to representatives from Clemson.

The Deep Orange 11 program was announced in 2018, and most of the project was finished by August 2020. The students who worked on the program have since graduated and moved on to jobs in the automotive industry.

Piyush Girade, a student who was the deputy vehicle engineer for Deep Orange 11, said he learned technical and leadership skills that he now uses at Nikola Corp., a manufacturer developing heavy-duty commercial vehicles, fuel-cell electric vehicles and energy solutions.

“Before we even graduated, while we were in the thick of it, we kept realizing that this was a one-of-a-kind experience,” he said.

The vehicle also looks toward social sustainability, as it’s fully accessible to wheelchairs. The vehicle has the ability to lower itself and extend a ramp for wheelchairs and other mobility devices.

“We went from nothing, not even a base platform, to a fully functioning vehicle,” said Srikanth Pilla, the Jenkins Endowed Professor of Automotive Engineering and the founding director of the Clemson Composites Center. “Students had the full vehicle-development experience, and the vehicle they created was outstanding.”

From mini-van to race car

Deep Orange 12 — the follow-up project to the autonomous passenger car — takes the program in the opposite direction. It’s a driverless race car developed by a 40-student team working with 38 industry partners participating in Indy Autonomous Challenge. The program involves university-based student programs competing at the world-famous Indianapolis Motor Speedway. The vehicle uses lidars, radars, cameras and high-precision GPS systems to compete at 180 mph and comes with a powertrain specifically developed for autonomous racing.