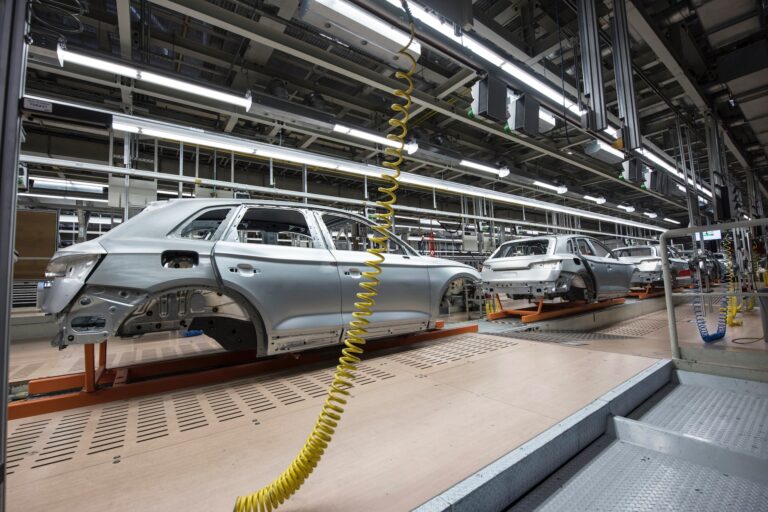 The automotive industry is one of the most integral industries in the world and is currently worth around $2.86 trillion. Not only is the industry massive on its own, it is absolutely fundamental to many other industries, including the transportation industry, which itself is indispensable to various industries. As the global economy continues to change, spurred by technological and digital advancements, the automotive industry is perhaps at its biggest crossroads yet.

There are four technology driven trends affecting the automotive industry according to McKinsey: autonomous driving, connectivity, electrification and diverse mobility. While vehicles are essential to the economy, there is no denying that typical vehicles which require gas to operate have to become obsolete because of their negative impact on the environment. This is why there is a strong push globally, led by Western economies including Europe and North America, to replace the “gas guzzlers” which make up the vast majority of vehicles sold globally. Most major automotive companies have announced their entry into the electric vehicle market, while other companies are entering the EV charging and infrastructure industry, which is expecting massive growth within a relatively short period of time.

Photo by carlos aranda on Unsplash

China, which is the largest producer of vehicles in the world, has launched an initiative to encourage automotive companies to switch to producing electric vehicles. However, this is a lot of controversy regarding how good electric vehicles really are for the environment, even if they do replace fossil fuels as the main source of well, fuel. Electric vehicles need lithium batteries which have to be replaced after several years and cost thousands of dollars. The extraction of lithium is extremely damaging to the environment, which is something that is being glossed over when the switch to electric vehicles is discussed. While greenhouse gases emissions, one of the main contributors to climate change, are reduced and the carbon footprint is lower when using electric vehicles, it will be interesting to see if even better solutions are discovered in the coming years.

As mentioned earlier, the automotive industry is at a crossroads, which is why it is hard to predict how it will look like just a decade or fifteen years in the future. Self-driving technology seems to be the next big thing, with many major companies jumping on the chance even though there are several hiccup faced in the industry, especially regarding automated decision making in the event of a potential crash. There have already been fatal crashes involving self-driving vehicles and improvements need to be made in this respect. Meanwhile, shared mobility, feature upgrades, connectivity services and new business models have the potential to add $1.5 trillion to an already massive industry.

According to the Economic Intelligence Unit, the immediate future of the automotive industry is not as certain, due to economic headwinds likely to affect this sector as well. The energy crisis, fueled by the Russian invasion of Ukraine, has affected the automotive sector and global supply-chain disruptions have also had a negative impact in the sector. Because of the latter, vehicle costs are rising, while demand globally is quite high, which has led to astronomical prices for cars, while new cars often have a waiting list of several months. It is uncertain when the disruptions will decrease, and prices will resume to normal. Threats of a recession in a global economy which is slowing down will have further implications for the car industry which has only just recovered from losses thanks to the pandemic.

The biggest car companies in the world have a revenue of nearly $2 trillion, with the top two companies alone contributing more than $500 billion in revenue. Some of these companies are the largest in the world, regardless of industry. The revenues for trailing twelve months have been considered with data taken from Yahoo Finance. Where the figures are in a foreign currency, these have been converted to USD. These companies are the drivers behind one of the most important industries in the world and it’s the direction that these companies will take, which will decide the future of this industry. So, without further ado, let’s take a look at the giants of the automotive industry, starting with number 15:

Suzuki Motor has over 35 production facilities in 23 countries and sells vehicles in 192 countries. The company has close to 70,000 employees globally.

One of the largest car companies in the world by revenue, BYD is also the fourth largest plug-in electric vehicle company.

The largest car company in France, Renault produced more than 2.5 million vehicles in 2021 while employing more than 170,000 employees worldwide.

The South Korean company is the oldest car manufacturer in the nation and produces more than 1.4 million vehicles a year. The company has 14 manufacturing and assembly facilities in eight countries and has a network of more than 3,000 distributors and dealers, selling the vehicles in 172 countries. KIA currently employs more than 40,000 employees.

The Japanese car company sells cars under the Nissan, Infiniti and Datsun brands, and initially was the largest electric vehicle manufacturer in the world in 2018.

Hyundai is the largest car company in Korea, and one of the largest in Asia. Hyundai is also responsible for operating the largest automobile manufacturing company facility, which is located in South Korea. The facility has a production capacity of around 1.6 million people, while the company employs more than 75,000 people. Hyundai vehicles are sold in most countries around the world, maintaining a presence in over 190 nations.

The biggest car company in China, SAIC Motor sold half a million vehicles in just July 2022, which was an increase of over 43% year-on-year. Some of the company’s biggest brands include Baojun, MG, Roewe, Maxus and IM, while it has also partnered with foreign automotive companies including Volkswagen. It is also one of the largest manufacturers of plug-in electric vehicles in the world. The company produced 5.4 million units in 2021.

The second largest car manufacturer in Germany, BMW’s rivalry with Mercedes-Benz has been one of the most famous brand rivalries in the world. BMW is known for its luxury vehicles which includes perhaps the most prestigious car brand in the world in Rolls-Royce.

Click to continue reading and see the 5 biggest car companies by sales.

Disclosure: None. 16 biggest car companies by sales is originally published at Insider Monkey.